Sing Your Heart Out with a Mantra Practice

Last week I read through our entire blog here at Art Space Yoga. What a wonderful, inspiring resource for our community and for others interested in yoga philosophy. Whitney’s post last week on self-care was particularly wonderful, and inspired me to talk more about mantra practice this week. Mantra practice is one of my favorite forms of meditation. Indeed, according to Jeena Cho and Karen Gifford, authors of the book The Anxious Lawyer, mantra practices are associated with joy and can help us bring more joy into our lives.

In yoga school, we were encouraged to do a 40-day mantra practice to a particular Indian deity (don’t worry, these are just representations of different aspects of the human psyche, not actual gods or idols), for particular results, for example, Ganesh the elephant man for removal of obstacles, Lakshmi for wealth and gratitude, Durga for protection, etc. There are also many other forms of mantra practice. This blog is designed to introduce you to a few of those practices.

One rewarding mantra practice is the seed sound mantra based upon the chakras. According to the ancient Indian medical system, the body has seven major energy centers or chakras (pronounced just as it looks, not with a “sh” sound) running from the base of the spine to the top of the head. The health of each energy center influences our emotions, physical health, and mental clarity. Each is associated with a one-syllable sound, as listed below.

You can chant these seed sounds in order, or do a bit of research on which chakra you might need to build up a bit and just chant that one seed sound. Repeating the seed sounds can help you reach a deeply meditative state. If you like, you can also focus on the region of the body that each seed sound is associated with as you say the seed sound, but this is not necessary. Again, just have fun!

For thousands of years, yoga practitioners and devotees have chosen a personal ancient Indian mantra to use in meditation. Sometimes, a mantra is passed on to the yoga student from a guru and used for life. Another practice is to choose a mantra that is associated with a particular power or intention, as mentioned briefly above and do that mantra 108 times a day for 40 days in order to bring that intention in your life. The idea is that if you focus enough on something, you will get what you want, but in mantra practice, we focus by letting go of thinking and just chanting.

Many people believe doing a 40-day mantra practice, also called a chant, can move or shift a current problem or condition. Although many of the Sanskrit mantras call upon the powers of Indian “deities,” you are not asking the Indian deities to do the moving. Rather, you are using the mantra to get the energy you need to move the problem or condition yourself. I have found the mantra repetitions to be powerful. There are mantras for everything, even finding love. For more information on Sanskrit mantras, take a look at Healing Mantras, by Thomas Ashley-Farland.

Why do we chant for 40 days? No one is sure but the number 40 seems to have religious significance. Jesus went into the desert to meditate for 40 days. Moses went in for a little longer, at 40 years, and Noah’s big storm lasted 40 days and 40 nights. The 40-day mantra practice has been used by yogis for thousands of years. After a few days of chanting you will notice the absence of noise in your head. Some people claim that they even see better or sharper after the 40 day practice of the mantra.

A Sampling of Sanskrit Mantras

1. One example of a Sanskrit mantra is the mantra for Ganesh, that elephant-like Indian deity you often see in Indian restaurants. Ganesh is the remover of obstacles so this mantra is a common 40 day mantra, as well as a common personal mantra. After all, who can’t use to have a few obstacles removed? Here is how it goes:

2. For an open heart, and to bring joy, you can try this one, suggested in The Anxious Lawyer, which means open to the jewel of the lotus:

3. You can also use this very simple Sanskrit mantra, also suggested by Cho and Gifford in The Anxious Lawyer:

So hum means “I am that.” This ancient mantra is said to bring about ultimate self-knowledge and growth. If you try it, you’ll find it to be both simple and healing, a nice combination. To use this one in a traditional way, say so on the inhale and hum on the exhale. As you repeat so, inhale and imagine a line of energy drawing up the front of the body from the root of the spine to the area between the eyebrows. As you repeat hum, you exhale and imagine that energy running from the area between the eyebrows down to the back to the tailbone.

Enjoy your mantra practice and experience that joy! Write a comment if you have a comment, thought or question and thank you for reading! 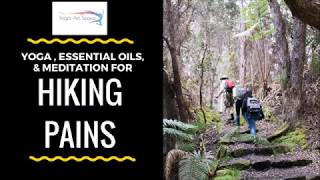 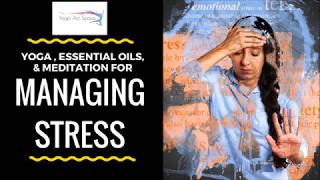